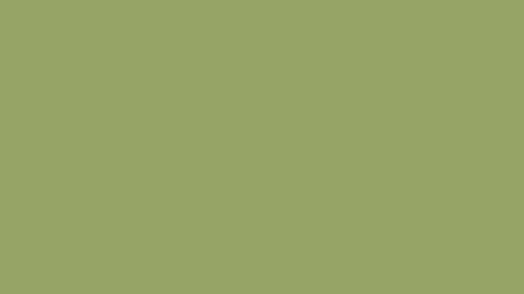 Your thoughtful gift will help us in achieving our goal of improving the health of the women, children, and families we serve.

Vu-An Foster is a dedicated maternal and infant health advocate.  She is the Founder of Life After 2 Losses and volunteers her time to support the Partnership for Maternal and Child Health.  Vu-An is one of the dedicated advocates for who will attend the 3rd Annual Maternal Health and Perinatal Safety Symposium, lending her voice to improve maternal health outcomes.  She graciously shared her story below.

Vu-An Foster was 29 years when she first heard the words “you are pregnant.” She was excited but nervous at the same time because she always wanted to be a mom. She started going to the doctor, and everything seems normal, she began to buy things for the baby, but one day while she was taking a shower, she felt a whole gushed of water. When she went to the doctor, she heard some heartbreaking news; her baby girl would not survive because her baby’s lungs would not develop due to amniotic fluid loss.

She decided to continue with her pregnancy because she still had a heartbeat, but one week after, she started to feel unwell and was getting contractions. As pregnancy became septic, they had to induce her to deliver her daughter, who had died. After her loss, she felt depressed and angry. Nine months after she lost Jellybean, her first daughter, Vu-An, became pregnant with her second daughter, but she lost her second daughter in 2018. At 18 weeks, her cervix became to shorten, and she received an emergency transvaginal cerclage.  However, at 23 weeks, she had a similar experience like her first pregnancy, and her water broke.  She started to feel sick again and went through a similar experience. At 23 weeks, she had to deliver her second daughter, who lived only for over an hour.

Shortly after her two devasting perinatal losses, Vu-An was determined to share her story to help others. She founded her organization, Life After 2 Losses, to support, empower, inform women and families to prevent them from suffering similar pregnancy losses like the ones that she experienced two years in a row.

Even after her pregnancy losses, Vu-An was always hoping to have a baby. Therefore, she decided to get special treatment to help her carry a full-term pregnancy. Vu-An got pregnant in October 2020, and she is currently over 29 weeks. This is the first time she made it this far, and she wishes to meet her healthy baby boy in just a few months. There is no doubt that her determination and perseverance are crucial to motivating other women and families that can relate to her story.

Perinatal loss may be more common than you think, one in four pregnancies ends in miscarriage, but a pregnancy that ends unexpectedly is devastating despite these numbers. It affects families from all walks of life; celebrities like Chrissy Teigen and John Legend are no exception. In 2020, the couple shared openly on social media the pregnancy loss of their third baby boy, and more than 7 million people responded to their post.

Most families that experience a pregnancy loss describe it as the worst experience in their lives, which motivates a courageous woman like Vu-An to share their story with others. She says that she would never have thought in a million years to be a perinatal loss advocator and speaker because that type of work requires that you give so much of yourself, including your most vulnerable moments. It is not always easy, but when it is over, it is always worth it.

“Storytelling saves life’s and the motivation behind sharing is to save babies”, she explains. “My purpose became clear and made me feel that my losses were not in vain. The first time I shared my story was for a documentary in which I had no idea what the interviewer was going to ask me. The viewers got to see raw uncut emotions as they watch me relive my most painful moments. However, seeing the final product made it all worth it because the viewers saw my authenticity”.

Eliminating racial disparities as part of her advocacy.

“I had a traumatic birthing experience due to discrimination. I have noticed as an African American woman; I am perceived differently in different roles. When I am wearing a suit in a professional setting, I am treated as such. When I am in a hospital gown given birth, I am perceived as a young black girl who is not always given the same level of respect I would be given in a different role”, says Vu-An.

Women like Serena Williams share a similar story and show how hard it can be for black women at all levels of society. Therefore, black women are statistically at the greatest for pregnancy-related death and other birth complications like the ones experienced by Serena and Vu-An.

“I gave birth at two different hospitals. One hospital totally dropped the ball on so many levels, and that ended up being a very traumatic birthing experience”, Vu-An says. “I would say the other hospital had some missed opportunities where they could have provided me better care, but there were two nurses with me after my daughter was born who treated us both with compassion and basic human decency, and I will forever be grateful for them”.

Parents coping with perinatal loss need to know that grief is not one size fits all.

You must go through it to get through it. They cannot compare or judge their journey with someone else’s because everyone handles grief differently, she says. “There are times that people try to offer support but simply do not know what to say. In my experience, sometimes people awkwardly say things they think are supportive or helpful but instead are harmful and hurtful. A simple, I am sorry for your loss; I cannot imagine how you may feel, but I am here for you is ENOUGH! Or ask the family how they would like to be supported”.

Receive info straight to your inbox